The project was developed in Flash. Since Flash is no longer supported and will soon become internet history I've decided to take the project down. With pain in my heart I should add. Even though it was technically flawed it remains one of my favourite projects because of the wide range of ideas invested in it and because of the amount of work I put into it. We visited a trading floor to observe the traders, I flew to New York to take some photos at Wall Street and I went to the zoo to film some animals (you know, bull market, bear market, black swan, condor, butterfly etc.). I even created a fake corporate website to host the project.

The Fisher Account originally coupled a database of movements inspired by the hand signals used by traders on the Chicago Board Options Exchange (CBOE) to financial data gathered in real-time from the internet.

After a trial run I removed the real-time link since it required near constant monitoring for data glitches and replaced it with simulated stock prices. Visually the experience was the same.

The project was developed in 2002-2003. With today's technology, issues that at the time were a major struggle are much easier to implement. Now that high speed internet is commonplace file size and therefore video compression is no longer an issue either. It's hard to believe, but there once was a time when pre-loaders were a thing. Perhaps one day, when I have some time to spare, I'll revisit the project and do a new version with higher resolution video.

The title was inspired by a recurring phrase in Bret Easton Ellis' novel American Psycho: "Who's handling the Fisher account?" It is unclear whether The Fisher Account actually exists. It appears to grow in size with the actual accounts handled by Patrick Bateman and his colleagues Price, McDermott and Van Patten. It drives their envy and imagination and is a bitter topic of conversation.

In its present incarnation The Fisher Account is also purely virtual and actualizes itself every time the project is loaded. It is an image of the financial world where the value of a mutual fund or a globally operating firm is only ever an indication at a particular moment in time.

The project aimed to evoke on a single screen the information overload and excitement of a dealing room or a trading floor. A screen trader usually sits behind three or six screens, some of which display his or her portfolio while the others are connected to Reuters or Bloomberg, which display a constant stream of information, not just financial data, but also news headlines and customizable corporate, sports or entertainment news. All of this comes flashing by and you have to go to a specified menu to check whether you saw what you thought you saw. If you've got time to do so, that is.

The actual signals used by floor traders on the CBOE consist of movements of the hands and arms only. And as a matter of fact are positions more than they are movements. Taking inspiration from the actual movements we invented some elementary movements and positions of our own. We then applied some simple transformations so as to retain the systematic nature of the original signals. These transformations can be thought of as some sort of a generative grammar for those who are familiar with the work of Noam Chomsky (the project included a reference to Chomsky).

For instance, a movement could be performed while standing, kneeling or squatting, the spine could be bent or straight, the arms parallel or crossed, the direction of an arm, leg or finger up, down or sideways, the movement could involve one or two hands or fingers, which could be held against the front, back (if applicable) or side of the chin, head, nose, knee, arm or back.

The actual signals all have a meaning, buy, sell, call, put, 5, 100 or 500, near term or next term, full, 1/2 or 5/8, no trade etc. Initially, we wanted to attach different meanings to each of our own movements as well. However, eventually we decided against this because it would make little or no difference to the viewer. We wanted the viewer to enjoy the shapes and not to have to learn a language before being able to appreciate what's going on. Because some of the movements and positions are linked to the (simulated) data some meaning does 'emerge'.

Today most trading floors are electronic and only the CBOE uses open outcry. The New York Mercantile Exchange and the New York Stock Exchange still have a trading floor, but the traders all have handheld devices. Over at the CBOE traders still use old fashioned tickets, pencil and paper.

Trading Pit History is a site that documents the hand signals used by floor traders. It's a wonderful source. Note that the site did not yet exist when I was working on this project and I regret I didn't come up with the idea myself! 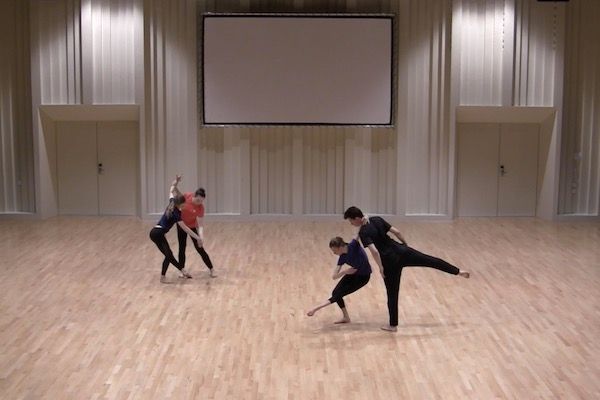 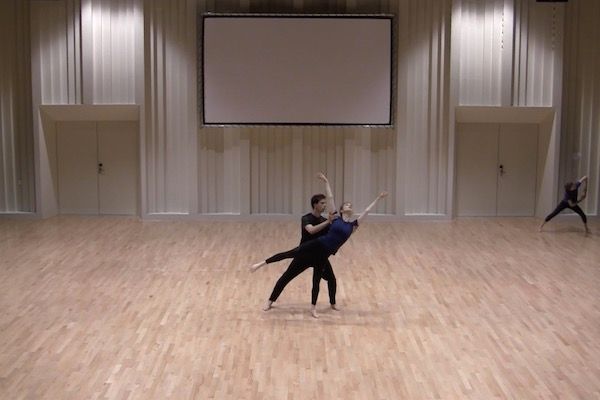