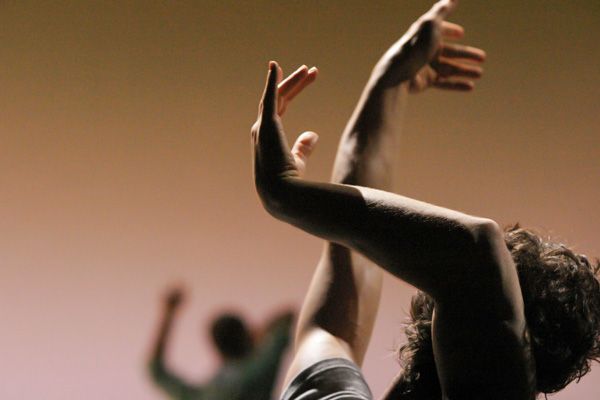 Dance, Aesthetics and the Brain

In 2005, after years of playing in small clubs, the American rock band OK Go gained worldwide recognition when the music video for their song A Million Ways became a surprise hit on YouTube. In the video the four band members perform a simple dance in the lead singer’s backyard. The video was filmed in one take on a borrowed camera, cost less than 10 dollar to make and was allegedly released without the band’s record label’s knowledge or consent. Summer 2006 the band followed up their success with another low-budget video for the song Here It Goes Again. It shows the band members performing an intricate dance routine on eight treadmills that had been lined up in a spare room of choreographer Trish Sie’s apartment. The video proved to be even more popular than their previous release. Within one week of being posted on YouTube it had been watched more than one million times. With more than 50 million views for a while it was one of the most popular videos on YouTube.

The fact that a video has been viewed 50 million times does not mean that 50 million people have seen it or that those who have seen it have watched it in its entirety. Even so, these numbers are significant, if only because there are countless clips on YouTube with far less views. Here It Goes Again reached number 38 in the Billboard Hot 100 and number 36 in the U.K. Singles Chart so the single didn’t sell that many copies. This suggests that it is the video that people want to see and not the song they want to hear. The four band members look like ordinary 30-something guys. It therefore seems unlikely that there will be many viewers who watch the band’s music videos just to see the guys. And so, in the absence of any other factors that might explain the popularity of the videos for A Million Ways and Here It Goes Again, we are left with the conclusion that people enjoy watching the dance.

The popularity of music videos featuring extensive dance routines dispels the myth that dance is a minor art. The opposite is true. Of all the arts music, film and dance are the most popular. I know that The Lord of the Rings, The Da Vinci Code and The Little Prince have sold more than 80 million copies around the world and I know that the Musée du Louvre, the Metropolitan Museum of Art, Tate Modern and London’s National Gallery attract millions of visitors every year. But none of this comes close to the popularity of the music videos for Michael Jackson’s Thriller or Beyoncé’s Single Ladies (Put A Ring On It), which, as of this writing, has been viewed more than 150 million times and that only includes the official views on YouTube. Why would people be watching these videos if they didn’t enjoy watching the dance? And why would music videos, which, after all, are intended to promote the song and the artist, include a choreographed dance number if people didn’t enjoy watching it?

If you’re reading this book, chances are I don’t need to convince you that dance is worthy of reflection, that it can be captivating, thrilling, moving and awe-inspiring and yes, I am the first to admit, boring, stupid and downright silly. It is worth remembering though that there is more to dance than Swan Lake, Cunningham technique, ballroom dancing and tribal rituals and that there are many people who don’t like dance, or rather, think they don’t like dance. Many of my friends and colleagues, who would never consider attending a dance performance, got a kick out of the video for Here It Goes Again. Millions of people around the world were enthralled by the martial arts scenes in The Matrix (1999) and Crouching Tiger Hidden Dragon (2000), which, of course, are perfectly choreographed dance sequences. I am pretty sure that the same people would be blown away by William Forsythe’s Enemy in the Figure (1989), one of the most exhilarating contemporary dance performances.

But what is so fascinating about watching one or several people move about on a stage or a small window on your computer screen? Why are people thrilled after a performance of William Forsythe’s In the Middle Somewhat Elevated (1987), Jiří Kylián’s Falling Angels (1989) and Pina Bausch’s Sacre du Printemps (1975)? Why do people laugh during a performance by Les Ballets Trockadero de Monte Carlo? Why are people moved, some of them to tears, by William Forsythe’s Quintett (1993) or Pina Bausch’s Café Müller (1978)? Why do some people leave after about twenty minutes during a performance of The Show Must Go On (2001) by Jérôme Bel and why do others consider it interesting? Why are the music videos for Here It Goes Again, Thriller and Single Ladies so popular?

I believe that we can address these and other questions by analysing the mental capacities that are exercised when people watch a dance performance and by investigating the neural conditions that facilitate and constrain those capacities. However, doing so requires that we suspend any preconceived notions of art and look beyond conventional aesthetic concepts such as beauty, taste and style and instead focus on the multiple effects watching a dance performance has on a viewer. It is a fact that people laugh when they are amused, that they cry when they are moved, that they lose their sense of time when they are captivated by a performance, a novel or a movie and that they are temporarily filled with glee when, at the end of a novel, they suddenly understand that there were two killers, not one. People may not be moved, thrilled and fascinated at all times and to the same degree, but these are additional facts that can be established. The study of attention, emotion and cognition and their neural underpinnings is the province of psychology and cognitive neuroscience. It follows that psychology and cognitive neuroscience can also illuminate empirical questions in relation to art and aesthetics.

This is an excerpt from my book "Dance, Aesthetics and the Brain". An academic pre-print was published in 2011. I'm still half planning to totally revise it for a general audience.

Hagendoorn, I.G. (2011), Dance, Aesthetics and the Brain. Contents. Full text. Please note that I have revised many of my earlier views.

Hagendoorn, I.G. (2004), Some speculative hypotheses about the nature and perception of dance and choreography, Journal of Consciousness Studies 11, 3/4, pp.79-110.