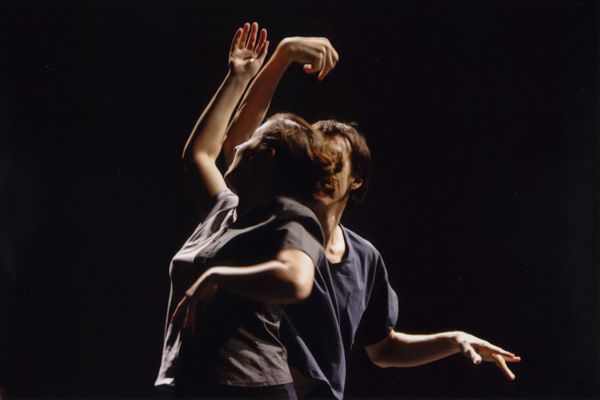 What is so interesting about watching some people move about on an empty stage? Why are some books, songs, photos and performances better than others? Why are we filled with awe when we walk into an immense space? Why do some pieces of music give us the chills? Why are we sometimes moved to tears when we watch a movie or finish a novel? And how do artists create a work that fills readers, viewers or listeners with awe, joy or melancholy? Does it require a special talent or is it a matter of chance?

I believe that one can address these and other questions belonging to the realm of aesthetics by combining insights from philosophy, psychology and cognitive neuroscience. I am fully aware that even a synthesis of psychology, philosophy and neuroscience will only tell part of the story. A sociologist might point out that what a person thinks is always a function of the group or social class to which he or she belongs. An anthropologist might comment that although people are the same in their basic propensities, when it comes to art and aesthetic judgement differences in language and culture cannot be discounted. Still, I believe that an interdisciplinary approach has more explanatory power than each of these disciplines alone.

Initially my focus was on the cognitive and neural underpinnings of dance and choreography, but over time my research has shifted to more general questions regarding art, aesthetics and the brain.

In recent years the focus of my research has shifted towards the intersection of cognitive science, artificial intelligence and philosophy. The focus is still on dance and creativity. Ultimately I dream of developing a system capable of learning high level concepts, which can be used to generate dance phrases, that is, an AI version of my improvisation techniques. Such a system would also need to be capable of exercising some form of aesthetic judgment. I should add that my research is still in its infancy.

My research grew out of a dissatisfaction with contemporary aesthetics on the one hand and with the work of the handful of neuroscientists who have written about art on the other. Whereas philosophers tend to ignore recent insights from psychology and cognitive neuroscience most neuroscientists and psychologists are oblivious of contemporary aesthetics and ignore much of what is and has been happening in contemporary art. My own approach therefore differs from much of what is presented under the heading of neuroaesthetics.

Neuroscientists who write about art tend to confine their analysis to the perceptual system and to focus on beauty. This is the majority view of art. Even art and dance critics often praise a work when it is beautiful and denounce it when it isn't. But art does not have to be beautiful. It doesn't have to entertain either. It doesn't have to be anything as long as it is something. It can be boring to watch, yet interesting to see. Such is the paradoxical logic of aesthetic judgement.

My research starts from three observations: that there are various patterns in art; that art can cause various effects in an observer; and that there are patterns in people's responses to art. The central thesis in my research is that there is a relationship between a work's aesthetic properties and an observer's aesthetic experience, broadly conceived as the totality of thoughts, feelings, memories and associations occasioned by the observation of an object’s or event’s formal, aesthetic, symbolic or expressive properties. An artist seeks to manipulate these properties so as to achieve a desired experience, whether awe, confusion, interest or boredom.

I believe that the principles that govern art and aesthetic experience and that give rise to patterns in both artworks and people’s response to art, can be described in the form of rules or algorithms. This has long been a footnote or an afterword in my work, but it is currently at the forefront of my research.

My thinking has been influenced by post-structuralist philosophy, most notably the work of Jacques Derrida, Gilles Deleuze, Claude Lévi-Strauss, Jean-François Lyotard and Jacques Rancière, though in recent years my thinking has gravitated more towards the later Wittgenstein. Jacques Derrida’s playful questioning of texts and artworks remains a source of inspiration though.

Another major influence on my thinking is complexity theory. One of the central tenets in complexity theory is that the interaction of a set of simple rules can give rise to complex behaviour. Such behaviour is often termed emergent, because its seeds cannot be found in any of the individual rules, but only in their interaction.