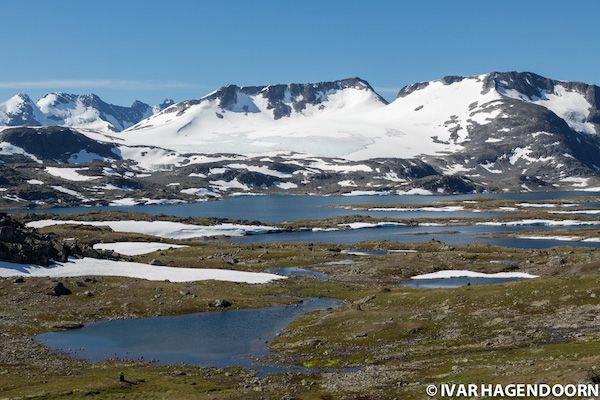 Jotunheimen National Park is one of the most beautiful and most popular national parks in Norway. It contains Norway's two highest mountains, Galdhøpiggen (2,469 metres above sea level) and Glittertind (2,464 metres), and numerous glaciers, lakes and waterfalls. What's not to like? Norwegian Scenic Route Sognefjellet, which runs from Lom to Gaupne through Jotunheimen National Park, is one of the most beautiful roads I've driven anywhere in the world. When I first visited Norway, July 2013, I had scheduled two days for Jotunheimen, way too little I know, but I also wanted to visit some other areas. The weather was perfect and I had a fabulous time. On my second visit to Norway it was pouring with rain for ten days on end and I wasn't able to do the hikes I'd planned in Jotunheimen. I'll be back.